Heather Sundberg has practiced insight meditation since 1993, and was first invited to teach meditation classes in 1999. Soon afterwards, she participated in the Spirit Rock Community Dharma Leader program (CDL2), graduating in 2003. She began teaching Residential Retreats in Insight Meditation in 2004. Next, Heather completed the four-year Spirit Rock/Insight Meditation Society Senior Teacher Training, facilitated by Jack Kornfield and Joseph Goldstein. In 2011 she became a Teacher for Mountain Stream Meditation in the CA Sierra Foothills as well as teaching retreats nationally and internationally. She is currently on the Spirit Rock Teacher's Council.

Beginning her own meditation practice in her late teens, for twenty-five years Heather has studied with senior teachers in the Insight Meditation (Vipassana) and Tibetan (Vajrayana) traditions. She is one of a new generation of “home-grown” teachers, who did her entire early meditation training at Spirit Rock Meditation Center, under the guidance of eastern and western teachers. Important influences on her practice include many of the senior teachers at Spirit Rock Meditation Center, as well as meditation masters Ajahn Jumnian, Ven. Tsoknyi Rinpoche, Lama Wangdo, Jetsunma Tenzin Palmo, His Holiness the 17th Karmapa, and His Holiness the Dalai Lama. Heather also values her long-term association with Abhayagiri Monastery through Ajahn Pasanno and Ajahn Amaro. Ajahn Amaro was a main mentor during her Senior Teacher Training.

Retreat has been of central importance in Heather’s practice. She has completed more than 2.5 accumulated years of silent retreat, and has sat 1-3 months of retreat a year over the last 20 years. Her retreat training includes Insight Meditation, concentration (Jhana), the Heart Practices (Brahma Viharas), Wisdom-Awareness (MahaSati), and Body-Based Energy Practices ~ upon which she bases the main themes of her teaching.  Heather is unusual in that over the last twenty years she has trained equally in both Insight Meditation and the Divine Abodes (metta, compassion, joy, equanimity). To augment her retreat practice, she has spent time studying the suttas and Buddhist philosophy. She also has what she calls a ‘long-term beginners Qi Gong practice’, which her colleague Teja Bell has authorized her to include in her teaching as appropriate. 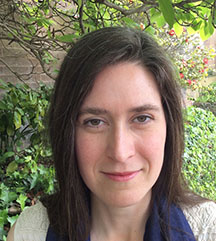 Heather teaches retreats in all of the above topics both nationally and in Canada & Europe.  At her home in the CA Sierra Foothills, she is a Teacher for Mountain Stream Meditation, with a Community-Center in Nevada City, CA; as well as being a visiting teacher for numerous local sitting groups from the Bay Area to Sacramento through the Sierra Foothills, into Western Nevada State.  Having ‘grown up in the dharma’ at Spirit Rock Meditation Center, her ties there remain strong, and she continues to teach at the new Community Center as well as Spirit Rock residential retreats.

At the same time, Heather holds a long-term commitment to developing the practices of daily life in family and community. She held the position of Spirit Rock Family Program Teacher & Manager from 2001-2010, and continues to occasionally teach youth and families. She enjoys guiding community rituals at the Center for Mountain Stream Meditation, and supporting individuals in practice in daily life.

To better facilitate students in daily life exploration, she completed two years of training in a body-centered trauma therapy called Somatic Experiencing. In addition, she completed a seven-month intensive   Professional Hakomi training, which is in mindfulness-based somatic therapy.  She offers meditation support sessions to students individually world-wide in person, by phone or Skype on a Donation basis. For appointments, email info@HeatherSundberg.com.

To her great surprise, between 2010-2015 Heather has spent a cumulative one-year in study, retreat, and pilgrimage in Asia.  In 2010, Heather spent six months traveling in Thailand, India, and Nepal.  She spent her time there studying, sitting retreat, and learning about the cultures that gave birth to the Buddhist traditions she loves so dearly.  In 2012, Heather co-led her first Buddhist piligrimage to sacred places of India and Nepal, including Bodhgaya, where the Buddha was enlightened.  In 2014 she returned to India again for intensive teachings, retreat practice, and dharma-road-adventure.  She continues to seek out the dharma in Asia as often as she is able.

As a teacher, Heather’s style is warm and practical.  Her general emphasis is for embodiment (to balance out the ‘over-headiness’ of our general culture) including strong heartfulness in practice.  She carries an interesting combination of supporting a ‘less is more’ easeful style of practice + a passionate ‘no holds barred’ attitude about awakening.